SPRING GROVE, Minn. (WKBT) — Thomas Gregory Kampschroer, 71, of Spring Grove passed away Nov. 15 at his home from complications of a chronic illness. 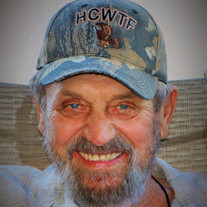 He was born Sept. 12, 1949, in Caledonia, MN, to William and Violet (Starch) Kampschroer. He graduated from Caledonia High School in 1967.

Tom married Carolyn Marie Sand on June 22, 1968. Tom and Carolyn have lived in the Spring Grove area their entire lives where they raised their children and watched their grandchildren grow.

Tom spent most of his life working as a feedlot manager, where he loved to work cattle and ride his horse Wimpy. He was a jack of all trades and enjoyed other jobs such as a plumber, logging with his father-in-law Curt, working at Sodko, and Caledonia Lumber. Outside of work, he enjoyed many hunting trips out West and gold mining in Alaska. One of his favorite traveling stories was his trip to the Aleutian Islands, where he attempted to round up wild cattle. TK also loved to play cards and was quite competitive — his partners knew they would be abused if they did not play his way!

Tom will be deeply missed by his family and friends, but we are sure he is enjoying cards with his friends in Heaven. His grandkids will cherish the memories with Grandpa Tom, from the times on the farm, family trips, and his sarcastic sense of humor followed by a big smile and a wink.

In addition to his parents, William and Violet, and stepfather, Marlin Kasten, he was preceded in death by his in-laws Betsy and Curt Sand, and sisters-in-law Mary Kay and Dawn Sand.

Robel Funeral Home is assisting the family with arrangements.

Donations can be made to Cystic Fibrosis Foundation, Spring Grove Athletic Boosters or the Spring Grove Trap Team.

Share your favorite memories of Tom at www.roblefuneralhome.com to be read at his celebration of life service at a later date.

'Tis the season for a holiday staple! Christmas tree farms are gearing up for a busy holiday season

Here's How the Social Security Benefit Calculation Is Changing Next Year

Jackson County hunter misses out on buck, captures wolf (on camera) instead