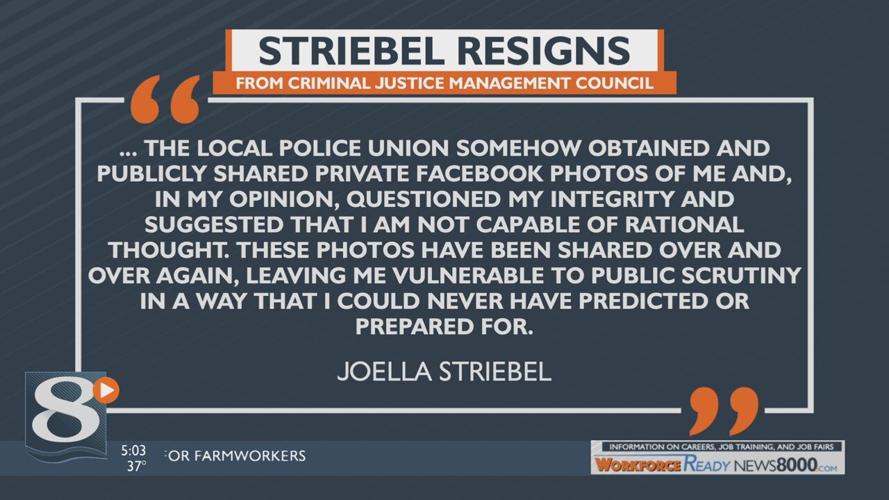 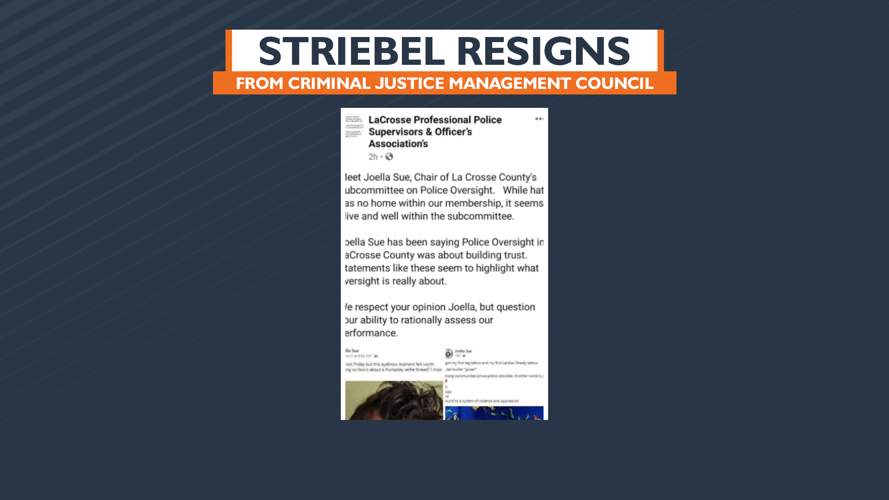 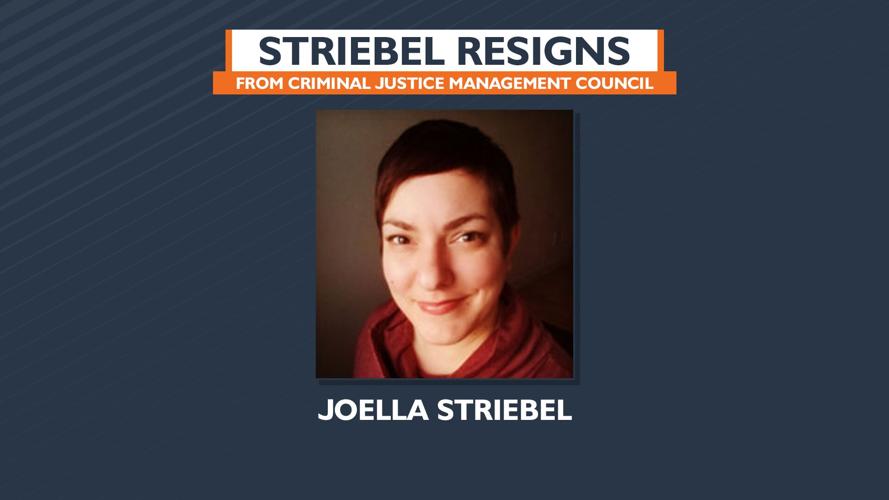 A member from La Crosse’s Criminal Justice Management Council resigns after being harassed on the police union’s Facebook page.

Joella Striebel resigned from her position Wednesday night saying she has been threatened and harassed following a local police union’s Facebook post about her.

The post was removed, but had already been shared by members in the community.

Citizens and members of the council did condemn the post Wednesday night during the meeting.

In a statement today, Striebel says, “I never anticipated that volunteering my time to improve our community would negatively impact my life, safety, and health, but it has. In recent weeks, I have been singled out by law enforcement leaders and publicly identified as an enemy of the police. In my opinion, the assistant chief of the La Crosse Police Department interrupted a public meeting to question my character.

“The local police union somehow obtained and publicly shared private Facebook photos of me and, in my opinion, questioned my integrity and suggested that I am not capable of rational thought. These photos have been shared over and over again, leaving me vulnerable to public scrutiny in a way that I could never have predicted or prepared for.”

Chief Shawn Kudron has since apologized to Striebel for the incident.

COPYRIGHT 2021 BY NEWS 8 NOW/NEWS 8000. ALL RIGHTS RESERVED. THIS MATERIAL MAY NOT BE PUBLISHED, BROADCAST, REWRITTEN OR REDISTRIBUTED.

Light Snow Showers Tonight, Roads Could be Slick in Spots

WHAT I'M TRACKING: A weak disturbance tracking southeast across the region will continue to cause periodic light snow showers tonight. The lig…
Read the full forecast