How the tampon shortage is exacerbating period poverty in the US 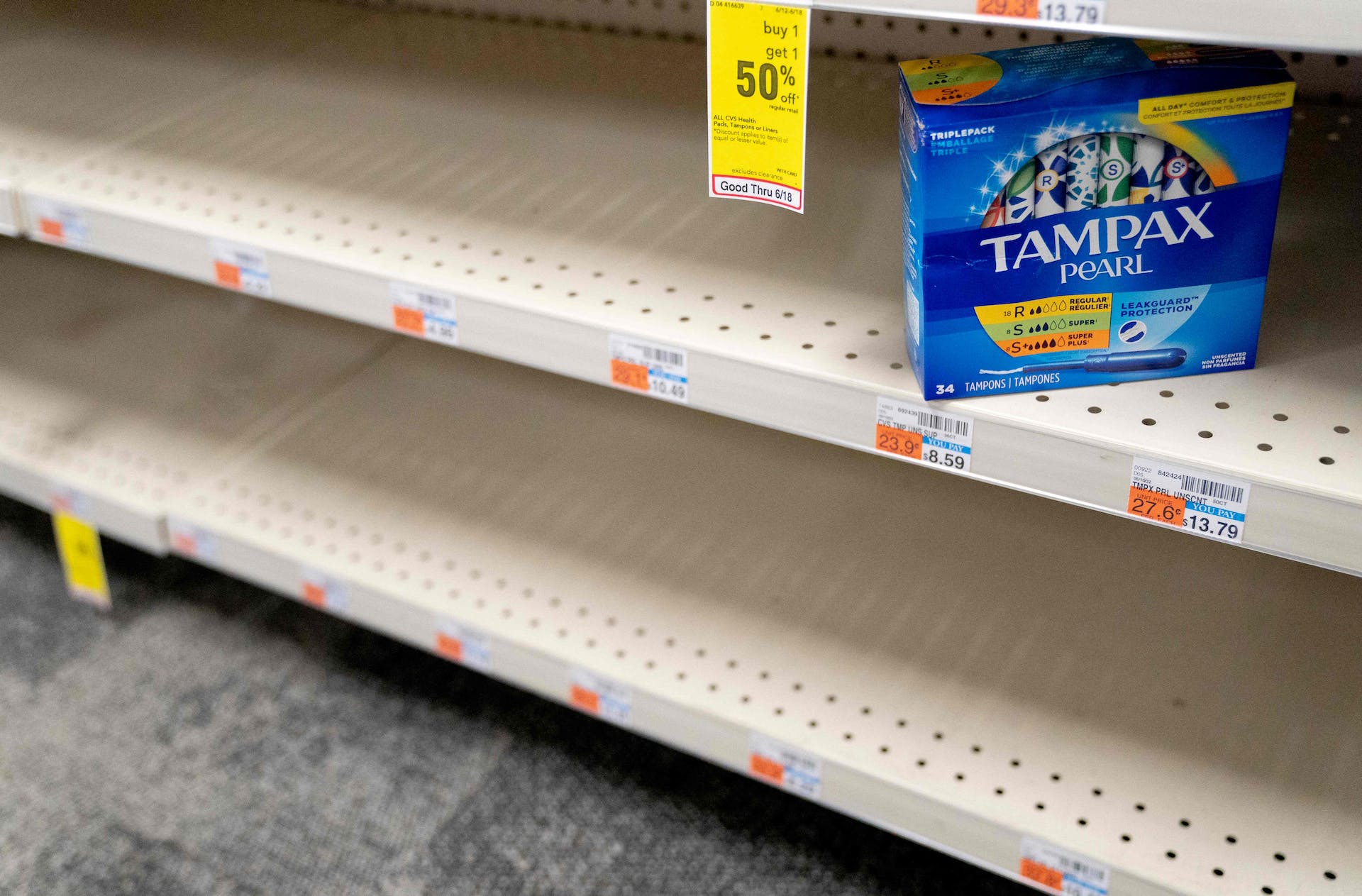 Tampons are the latest product to be in scarce supply at U.S. stores. Stefani Reynolds/AFP via Getty Images)

Reports of a scarcity of the menstrual product, used by millions of women in the U.S., have combined with general inflationary pressure on the price of goods to create cost and access barriers.

The Conversation asked Marni Sommer, an expert on public health and menstruation at Columbia University, what was causing the current shortage and how it has affected the plight of low-income women and adolescent girls who may already face barriers to sufficient, high-quality menstrual products.

What is behind the tampon shortage?

There are a couple of things at play here. First off, it appears tampons are another casualty of the supply chain problems that have been around since the beginning of the pandemic. But this has been compounded by a particular issue with the rising price of raw materials used in tampons: cotton, rayon and plastic.

On top of this, there has been the impact of the recent lockdown in China on production worldwide, as well as general staffing issues at manufacturers in the U.S.

Meanwhile, the impact of inflation has hit menstrual products in general, and tampons in particular. Inflation trackers say the price of tampons has surged nearly 10% over the last year.

Does the shortage impact some women more than others?

It is a good question. Unfortunately, no one has studied how the current shortage is affecting different women – it is just too soon. But we are hearing from organizations that help women who traditionally have difficulty accessing menstrual products, such as those experiencing homelessness and lower-income women, that it is directly affecting them.

These organizations are also seeing a shortfall in donations of tampons, which makes it harder to distribute these products to vulnerable groups.

The shortage may affect women who use tampons more so than other menstrual products, such as pads or menstrual cups. And women who experience heavier bleeding will be hit harder by the rising costs as they may need more tampons for each menstrual cycle.

Clearly, the most affected will be women who simply can’t afford the jump in prices. The shortage, alongside of the impact of inflation, will likely exacerbate what is called “period poverty.”

What is period poverty and who does it affect?

Period poverty is the inability to access sufficient, quality menstrual products. And even before the recent price increases, many women in the U.S. were affected by period poverty. Unfortunately, we don’t have rigorous data on the extent or scale of period poverty across the country.

But a study I conducted in 2021 with colleagues at the CUNY School of Public Health found that the pandemic exacerbated the problem of period poverty. Loss of income as a result of the economic fallout of the pandemic was a strong predictor of menstrual product insecurity, especially for women already on low incomes or with lower formal education. Respondents to our survey indicated increased challenges when it came to accessing menstrual products.

What is the impact of period poverty on women’s lives?

There isn’t a lot of data on period poverty in this country – we have only really started talking about it in recent years. It isn’t a subject that, traditionally, women have felt comfortable talking about.

Alongside the financial burden, there is importantly the ongoing stigma and stress for women who are unable to access or afford menstrual products. Menstrual product insecurity can affect a woman’s confidence to go about her daily life and create anxiety.

Another thing we found in our study looking at how the recent pandemic affected access to menstrual products was that women described using various coping mechanisms when not able to afford or access them. This included, for example, using diapers, socks and cloth in place of menstrual products such as pads and tampons. This is happening now in America, but many women are embarrassed to talk about it.

Period poverty and the tampon shortage may also mean that women are having to use inferior products. Yes, you might be able to get cheaper tampons at the dollar store, but they might not work as well, and using lower-quality products might mean a woman has to buy even more of them.

This quality issue came up in a study I was involved with looking at populations experiencing homelessness. Respondents complained that the products available in shelters or at service providers, oftentimes the results of donations, were not of a high quality. Others have described similar product quality challenges for those who are incarcerated.

What are the alternatives for women amid the tampon shortage?

There are a number of other products on the market – indeed, one thing I found out in a study of adolescent girls and menstruation was how overwhelmed they felt by the many options available to them.

Our understanding is that many more women use pads than tampons. Then you have menstrual cups, which have been around for decades but have seen a resurgence in recent years. They are environmentally friendly, but not every woman is comfortable with the idea of inserting cups, and the upfront costs can be higher.

Period underwear made of absorbent materials is a newer product that some women use. But for women who are used to tampons but are finding them difficult to access, pads may be the easiest substitute.

Marni Sommer does not work for, consult, own shares in or receive funding from any company or organization that would benefit from this article, and has disclosed no relevant affiliations beyond their academic appointment.

Submit a Tip // Report an Error

Eckelberg family to retire from competitive racing after 35 years