NEWTOWN, Pa. (WKBT) — Even as the GOAT debate continues to rage about NFL quarterbacks, a new survey opened another can of worms: Who are the sorest losers?

Although the report from the Newtown-based online betting site USBets is hardly scientific, it provides more fodder to fuel rivalries before the final week of NFL playoffs in the run-up to the Feb. 13 Super Bowl.

Speaking of rivalries, the main thrust of the survey was divining which fans are the sorest losers, with the Green Bay Packers followers finishing fifth. Fans of the Dallas Cowboys, often referred to as “America’s Team” since an announcer tagged them with that moniker in 1978, top that list.

USBets compiled its list of SLATs this month, based on a survey of 2,008 self-reporting National Football League fans from around the country. Half of the respondents are men and the other half is, well, the other half. Their average age is 38.

Above and below Packers fans in the top 10 of sore losers are aficionados of the New England Patriots, the Philadelphia Eagles, the Pittsburgh Steelers, the Oakland Raiders, the Tampa Bay Buccaneers, Da Bears, the Seattle Seahawks and the Cleveland Browns.

Minnesota Vikings fans are 18th-sorest losers, according to the unscientific barometer — perhaps because they have become so inured to that pesky goose egg in the Super Bowl column.

Fully 25 percent of the poll’s respondents admit to becoming physically upset over their teams’ losses, and 10 percent say losses penalize their ability to focus at work. Two-thirds confessed to slamming their hands on furniture, while 51 percent have stormed out of the room in disgust.

One-fifth have thrown the remote, and many have punched something: 37% were smart enough to slug a couch/pillow, while only 5% poked a wall or door.

New England Patriots Coach Bill Belichick gets the flag as the sorest losers among coaches, while former Packers Coach Mike McCarthy is second in his Cowboys post. The Packers’ Matt LaFleur is in the top 10 of irritable coaches, ranking second.

In a case of good guys finishing last, Indianapolis Colts fans are considered the least-sorest-losers out of the 32 NFL teams.

COPYRIGHT 2022 BY NEWS 8 NOW/NEWS 8000. ALL RIGHTS RESERVED. THIS MATERIAL MAY NOT BE PUBLISHED, BROADCAST, REWRITTEN OR REDISTRIBUTED. 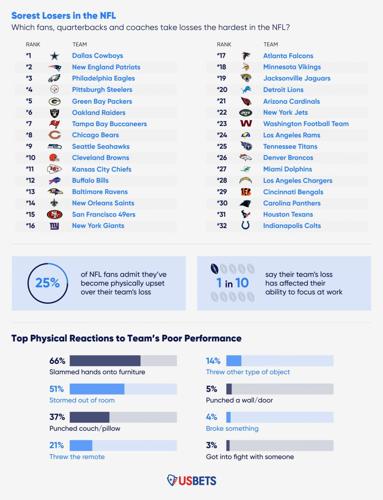 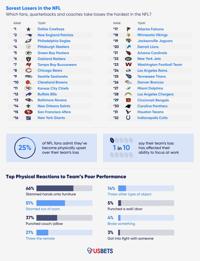 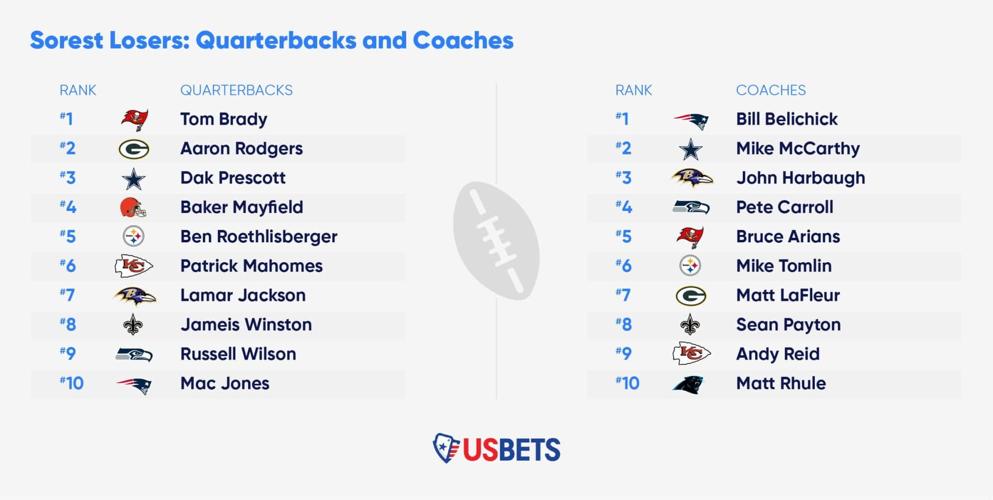